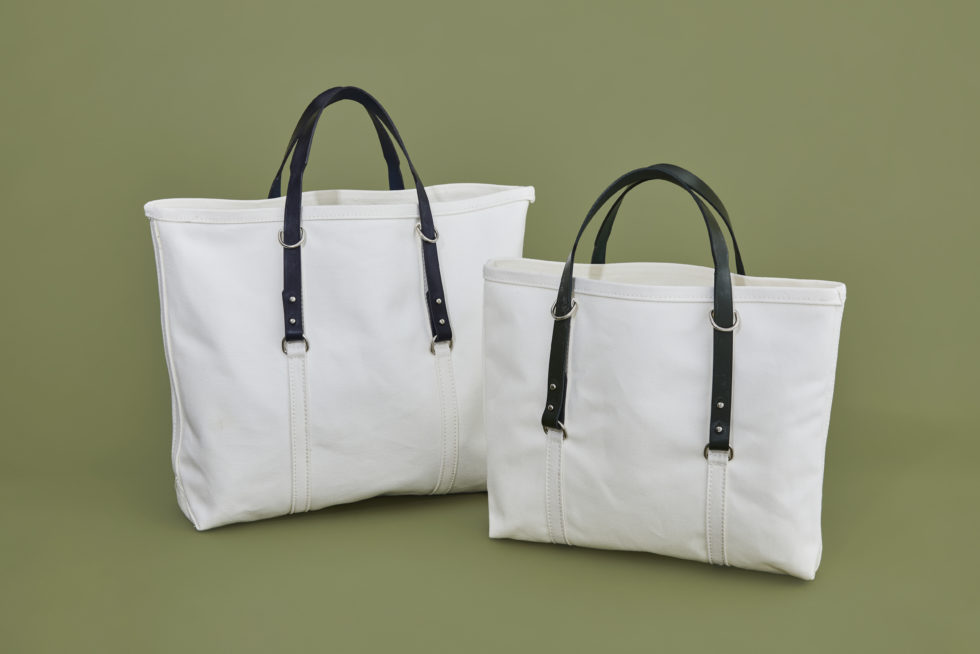 Fish and chips is the British equivalent of soul food. It consists of fried fish such as cod, flounder or eel along with fried potatoes served along with condiments such as tartar sauce or vinegar. There are increasingly more eateries offering the dish in Japan as well, in many cases served alongside craft beer.
Despite its popularity, the origins of fish & chips are unclear, though popular rumour holds that it was first created in 1860 by a man named Joseph Malin in his restaurant in an old part of London. Both fried fish and fried potatoes existed as separate dishes at the time, but the idea was to combine them into a single plate that working class patrons could enjoy at an affordable price. The British Federation of Fish Friers was established in 1913, after which the recipe and preparation became official. 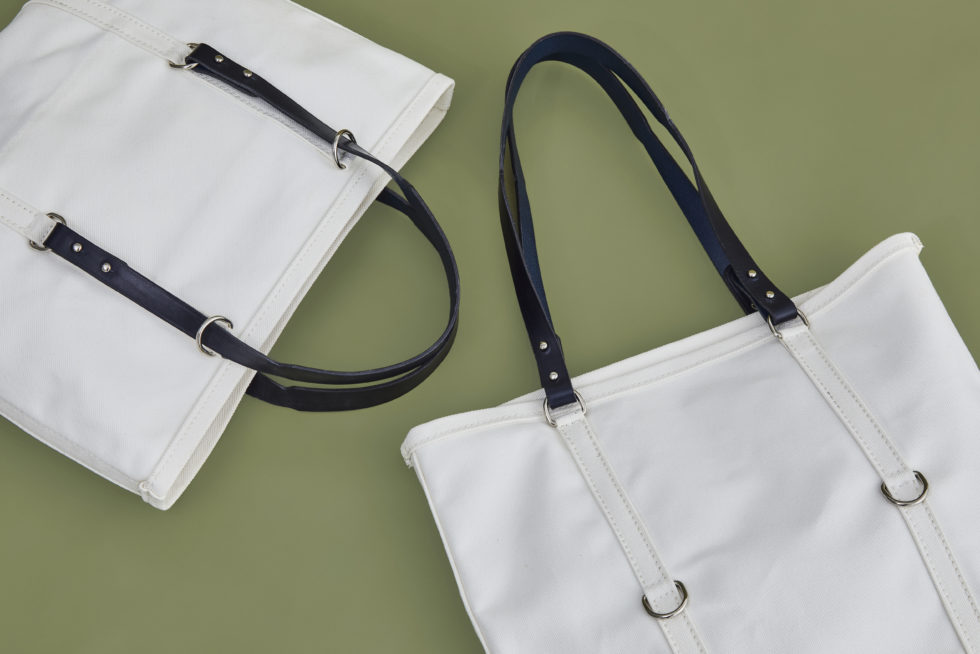 The tale of fish & chips is one of two popular dishes coming together to transform into a national masterpiece, and as it happens the combo of canvas and bridle leather we have this time is pretty good, too. It’s a design that brings the rich tones of bridle leather to pure white canvas. Both of these materials grow more flavourful with use, and this is precisely why they compliment each other so well. There are D-rings for connecting the handles to the body in two locations, allowing the length of the handles to be adjusted for carrying by hand or over the shoulder. Perhaps the most noteworthy feature is that the handles are removable so that the canvas body can be washed. This is a true masterpiece with a fresh combination that guarantees extended use.